How to enhance Unit Tests with Testing knowledge

How to enhance Unit Tests with Testing knowledge

Unit Tests are the foundation of any good testing approach. Most often unit tests are in the hands of the developers, the tester often has other priorities higher up the test pyramid.
In this talk we highlight testing methods to support the team and enhance the quality of unit tests. 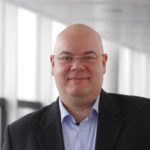 Maik works as a senior test consultant, where he focuses on the agile aspects of software testing.

His 25+ years of work experience include working in the German Navy, being a project leader in the Middle East as well as working as a tester in different industries.

As part of his passion to support the profession of testers and the craft of testing, Maik is active in many peer and community setups.

In 2014 he designed and implemented the Software Testing World Cup (STWC). This global event is run like the Olympics and happens every two years (2014, 2016 so far).

He is a black belt in the Miagi-Do School of Software Testing, attended the BBST and RST courses, is a practicing testing trainer, conducts Testing Dojos and runs workshops for TestSphere, Pipeline, Kanban, SCRUM and other agile areas.